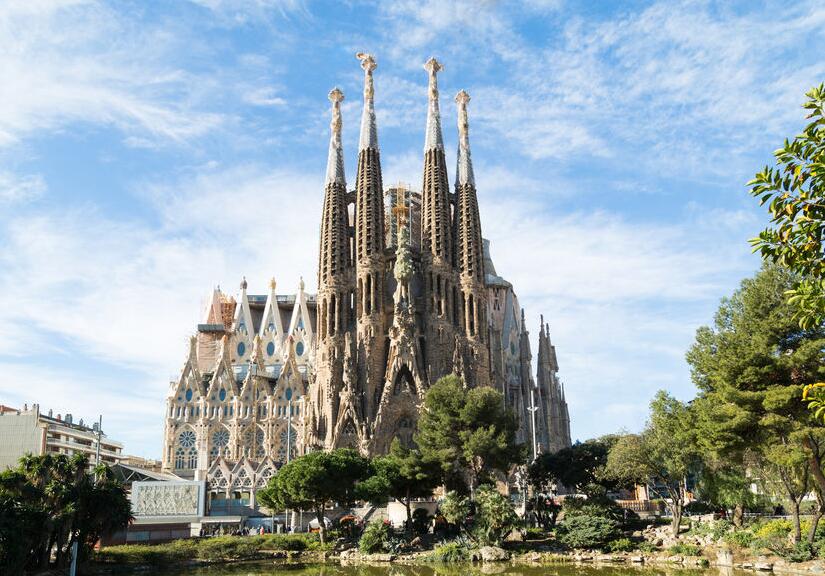 Where do we really start? Barcelona has so many experiences and sights that you should have almost endless time to experience everything. Here it is just to prioritize! In the overview below, we have selected some of the most famous sights and things to do in Barcelona.

Perhaps the most popular tourist attraction in Barcelona is the La Sagrada Familia church – despite the fact that it has not yet been completed! Construction began as early as 1882, but as recently as 2015, only a third of the work remained. The mighty building attracts millions of tourists annually, and therefore one must expect very long queues if one wants to see the inside of the cathedral. The church was designed by the famous architect Antoni Gaudí, who is also known for several other spectacular buildings in Barcelona. 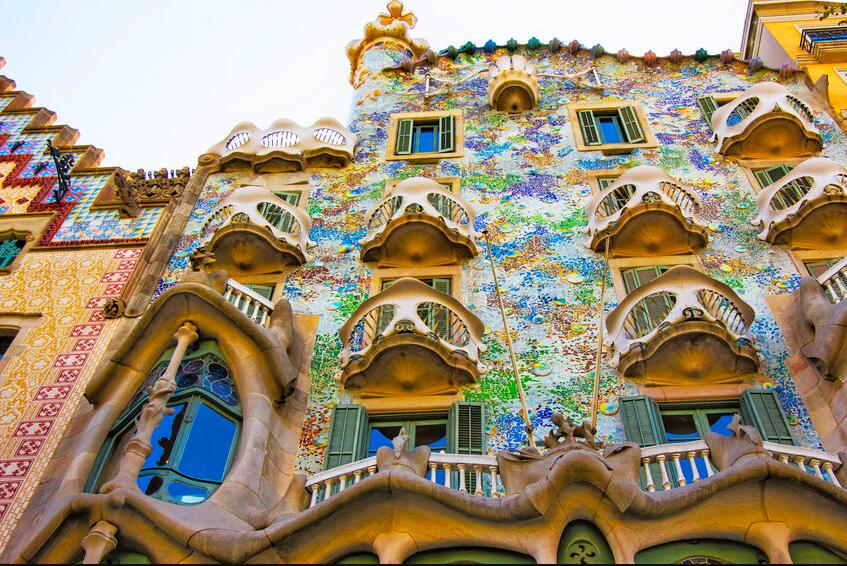 Caso Batllo is a distinctive building in the heart of Barcelona, ​​designed by the famous Catalan architect Antoni Gaudí, who also lived in this house. Casa Battlo is often called the bone house by the locals because of its special design, and it was designed by Gaudí in the early 20th century. Here you have a unique opportunity to wander around Gaudí’s masterpieces, as well as enjoy a wonderful view of Barcelona from the roof terrace. A good tip is to buy a ticket for a specific time in advance, so you do not have to stand in line.

If you are a food lover, you should definitely stop by the Mercat de la Boqueria market located at La Rambla. Here you will find the highest quality of a variety of foods that the Spaniards are known for, such as cheese, spices and ham. The market has a bustling crowd with a lot going on, and with its central location it is quick to stop by for a walk. 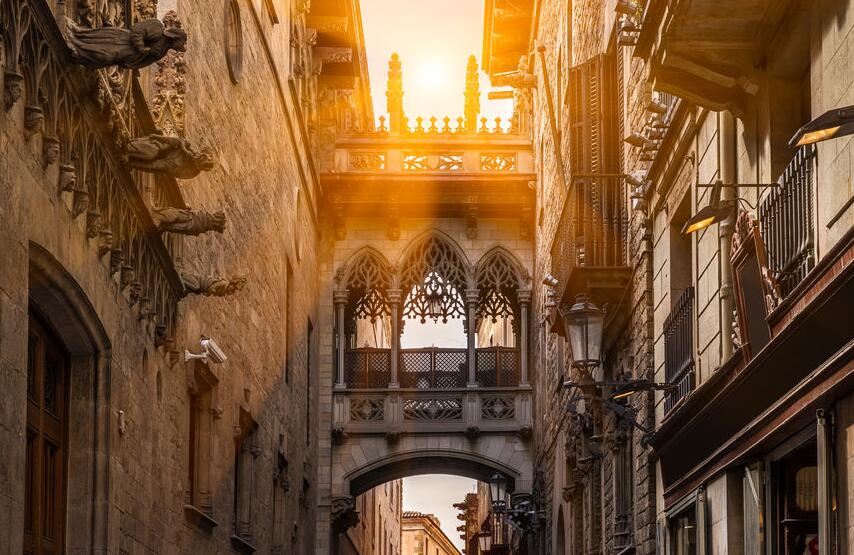 Barri Gotic, or the Gothic Quarter in Norwegian, is a district in Barcelona that in earlier times was a Roman village. Barri Gotic is located in the heart of old Barcelona and it is one of the most popular places in the city. Here you can stroll around narrow streets and enjoy the beautiful architecture and distinctive atmosphere. The area also has a number of sights that you can see along the way. 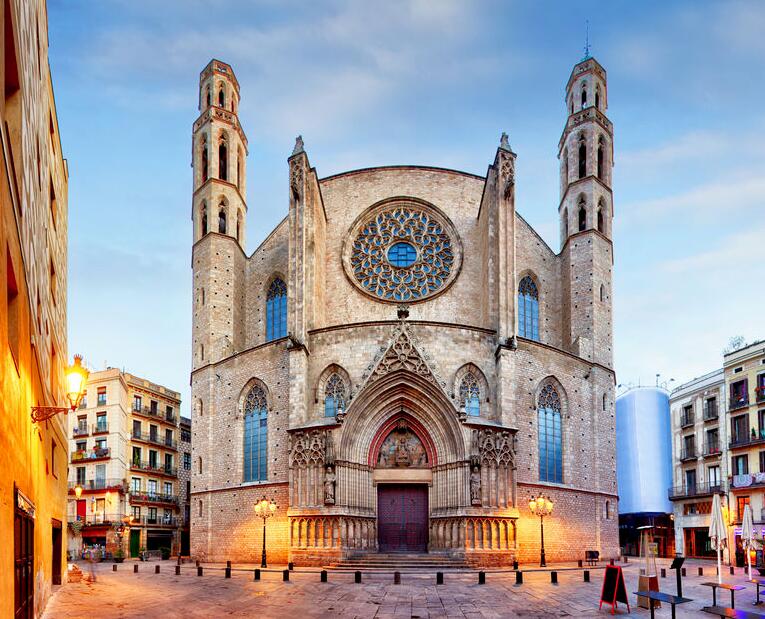 Santa Maria del Mar is a Gothic-style church built between 1329 and 1383. It is a beautiful church and one of the foremost examples of Catalan-Gothic architecture. There is free admission to the church, so a trip here can be of interest to many. 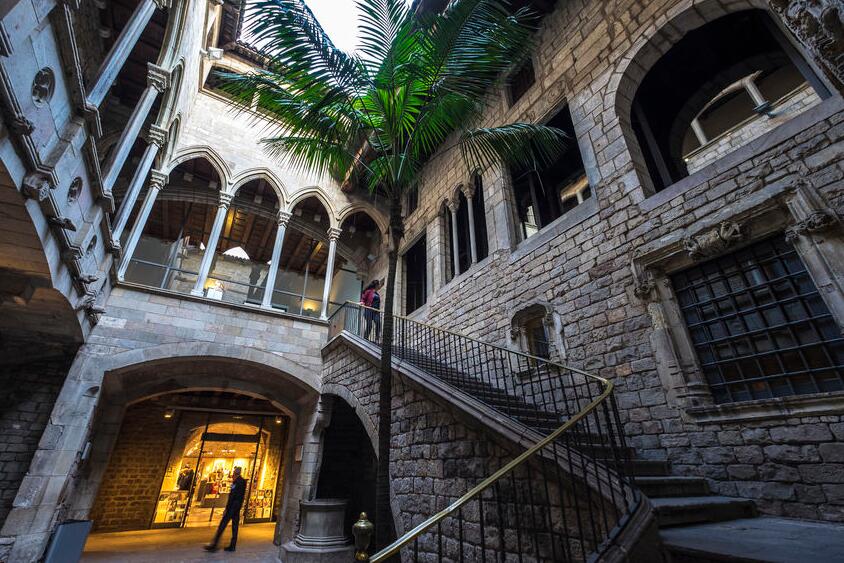 Interested in art or not, everyone has a Picasso in them. If you are in Barcelona, ​​you should stop by what is the city (and perhaps the country’s most popular museum, namely the Museu Picasso. Here you can see very many of the famous painter’s works, although the most popular pictures are not in this museum. Here, too, there can be long queues and a battle for tickets, especially on weekends. Barcelona also has a number of other famous art museums, and the Museu Nacional d’Art de Catalunya is also well worth a visit for art lovers. 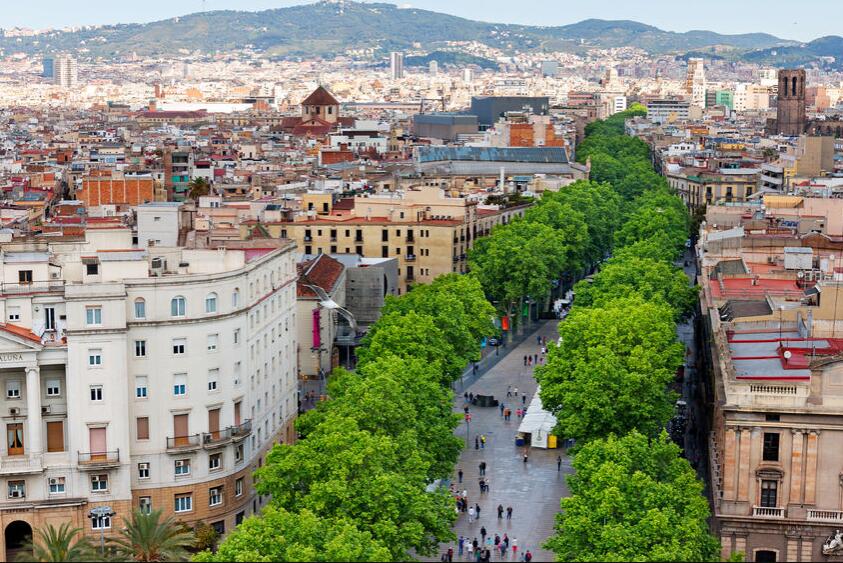 Barcelona may feel like a modern city, but not when you are in the cozy pedestrian street of La Ramblas. Here, cozy street vendors are combined with exclusive shopping places, as well as a lot of restaurants. It is usually a bustling crowd here in the summer, and the feeling of big city is quickly forgotten. Be aware that there are very many tourists here, who in turn attract pickpockets and scammers. 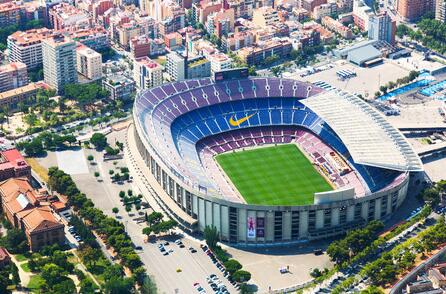 Do you like football? In that case, a visit to Barcelona’s venerable home ground is absolutely mandatory once you are in the Spanish city. If you do not have the opportunity to see the team play at home, then the Camp Nou has a large museum for every football enthusiast to his great delight. The stadium facility has room for almost 100,000 spectators and is thus the largest football arena in Europe. 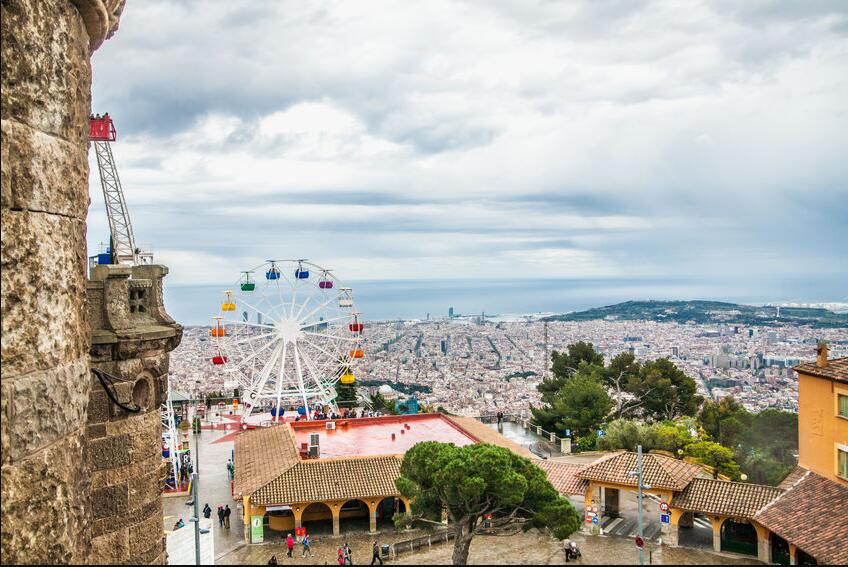 If you take the trip up to the heights, you will be able to visit the Sagrat Cor church, which is one of the city’s most powerful structures. While the adults admire the cathedral, children can enjoy themselves in the amusement park nearby. Here you can also get a really nice view of Barcelona, ​​and you should set aside at least a day upstairs to do activities on Tibidabo Hill. 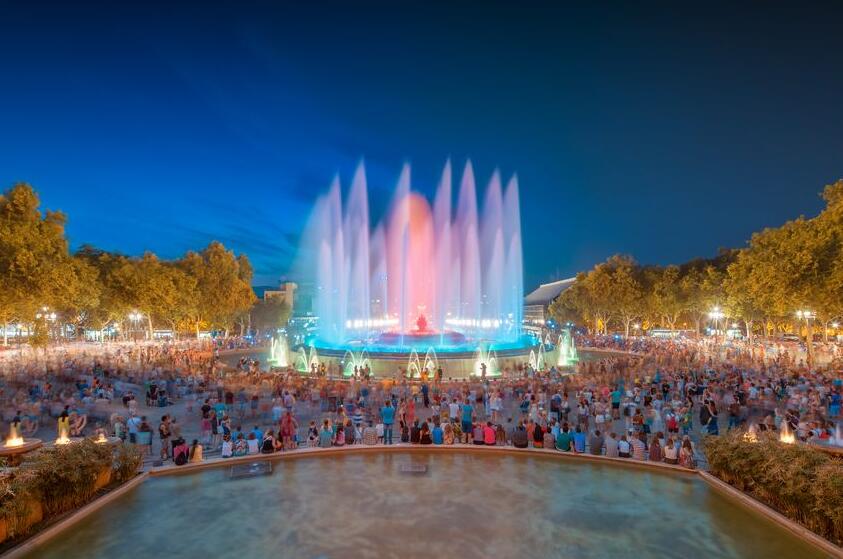 Just as surely as visiting the Eiffel Tower if you are in Paris, you just have to catch the magical fountain show Font Magica in Barcelona. Since 1929, it has entertained tourists with a magical combination of water, light and music. Over 2.5 million people watch the show annually, and it costs nothing to watch it.